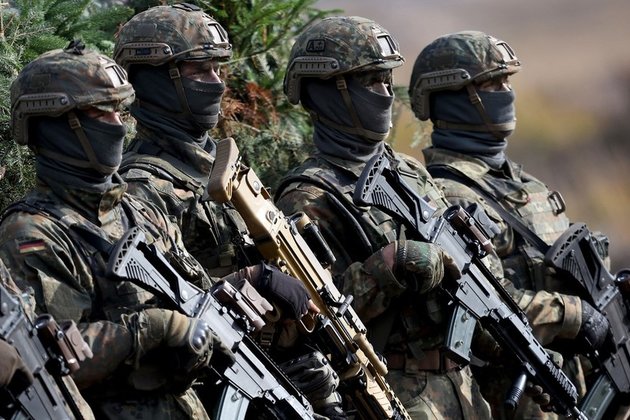 Despite Chancellor Olaf Scholz's earlier pledge that Germany's annual defense spending exceeds 2% of its Gross Domestic Product, it will likely fail to reach the NATO-defined target for years to come, a recent study has found. Meanwhile, the media, citing a government document, claims that Berlin has still managed to earmark €10 billion ($10.5 billion) to purchase American F-35A Lightning II fighter jets.

On Sunday, the Rheinische Post newspaper, citing a report by the Cologne-based German Economic Institute, said that the 2% defense spending target will remain unattainable for the country until 2026. Researchers argued that even the €100 billion debt-financed special defense fund created earlier this year will not change the situation.

The target is "in the distance, and even procurements [that are] necessary in the short-term are not getting ahead," the researchers warned, as quoted by the Post. The study pointed to recent price increases as well as delays in the production of military equipment for Berlin's apparent failure to hit its target. In order to achieve that level, the German government would need to raise its regular defense budget "by at least 5%," the report estimated.

Chancellor Scholz made the original pledge on February 27, days after Russia launched its military offensive against Ukraine.

According to NATO, Germany was on course to spend an equivalent of 1.44% of its GDP on defense in 2022. Much to Washington's annoyance, Berlin has for years refused to bring its military expenditure in line with the bloc's guidelines. Biden's predecessor in the White House, Donald Trump, repeatedly lambasted the ally, insisting that "Germany is a wealthy country, and they have to pay."

Meanwhile, on Monday, Bloomberg, citing a "government document," reported that Scholz's cabinet had earmarked €10 billion ($10.5 billion) to buy 35 F-35A Lightning II fifth-generation fighter jets from the US. According to the article, Berlin plans to finance the deal from its €100 billion special fund, with the first deliveries expected in 2026.

However, AFP, reporting on a classified letter to the German parliament's budget committee, claimed that officials are concerned over "delays and additional costs" associated with the purchase. The document reportedly said that Berlin might fail to perform the necessary upgrades to the Buechel air base, which is expected to host the new jets, in time for their arrival.

Since the end of the Cold War, concerns have repeatedly been voiced in Germany over what some experts and politicians have described as the armed forces' (Bundeswehr) serious inadequacies. In 2019 a parliamentary report revealed that less than 50 percent of its tanks, ships, and aircraft were ready for use at any one time. Lawmakers also warned about excessive bureaucracy in the German military as well as its failure to attract new recruits.

Authorities had, however, largely turned a blind eye to the problems until Chancellor Scholz announced a thorough rethink of the country's defense policies in response to Russia's military action in Ukraine. He vowed, among other things, to saturate the Bundeswehr with the necessary hardware and equipment.