EU finalizing plan for next wave of sanctions Politico 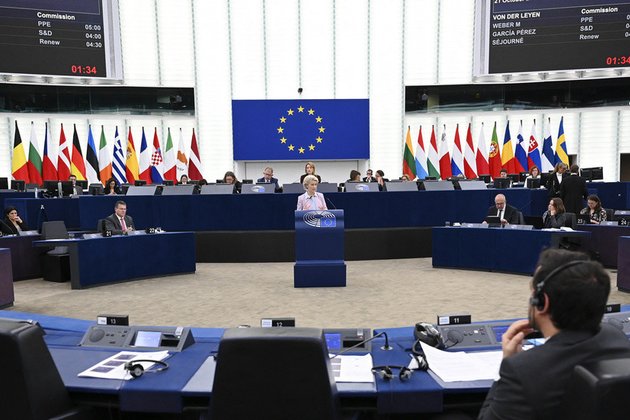 The bloc may reportedly blacklist 180 Russian entities and individuals in the tech, financial and media sectors

EU officials have discussed a new sanctions package against Russia over the Ukraine conflict, Politico reported on Monday. The potential additional restrictions include nearly two hundred listings linked to key Russian industries, including the technology, financial, and media sectors.

The European Commission is said to have arranged "confessionals" over the weekend to prepare what would be the ninth sanctions package against Moscow. An unspecified number of EU member states took part in the deliberations.

"Among the measures on the table are a target of 180 new listings, hitting the technology, financial and media sectors" in Russia, the report said.

Diplomatic sources cited by Politico are confident the EU can reach a consensus on the matter relatively quickly, potentially before the Foreign Affairs Council and EU Summit next week.

The report comes after last month European Commission President Ursula von der Leyen said that the bloc is pressing ahead with developing a ninth sanctions package against Moscow. "We are working hard to hit Russia where it hurts to blunt even further its capacity to wage war on Ukraine," she said, adding that work on the matter is proceeding at "full speed."

At the time, she did not provide any details on what measures were being discussed.

In early October, the EU agreed on the eighth package, which included restrictions on steel products, aerospace goods, and other items that were deemed economically important for Russia. In addition to this, on Saturday, the EU officially adopted a price cap on Russian seaborne oil exports, setting it at $60 per barrel. Russia, however, has repeatedly warned it will not supply its energy to countries that support the measure.

The unprecedented sanctions imposed on Moscow by Western countries over the Ukraine conflict also included the freezing of around half of Russia's foreign exchange reserves. Moscow has repeatedly claimed that these funds were "essentially stolen."