Putin said Kiev and its "Western patrons" were escalating the Ukrainian crisis and disrupting efforts to resolve it diplomatically, the Kremlin said in a statement.

Modi "reiterated India's long-standing position in favor of dialogue and diplomacy" regarding the crisis, according to a statement by the Indian Ministry of External Affairs.

Both leaders reaffirmed their commitment to strengthening "the specially privileged strategic partnership between Russia and India," and discussed the development of bilateral trade and economic ties, the Kremlin statement said.

Putin said the current situation of the global food market was the result of "systemic mistakes by a number of countries," which have disrupted the free trade of food products and provoked price increases.

Despite the difficult situation, which has been further complicated by "the illegitimate anti-Russia sanctions," Russia has been and remains "a reliable producer and supplier of grain crops, fertilizer and energy carriers to Indian partners, among others," said Putin, according to the statement.

MOSCOW, Russia: A leading Russian scientist in the field of hypersonic flight, Dr. Alexander Shiplyuk, has been arrested on suspicion ...

The EU member-state's parliament says the move is a response to Moscow's ?violence? in UkraineLatvia's parliament, the Saeima, designated Russia ...

A Race Against Time: The Last Days Of Lysychansk

As Russian forces advanced in Ukraine's eastern Donbas region, volunteers raced against time under deadly fire to convince the last ... 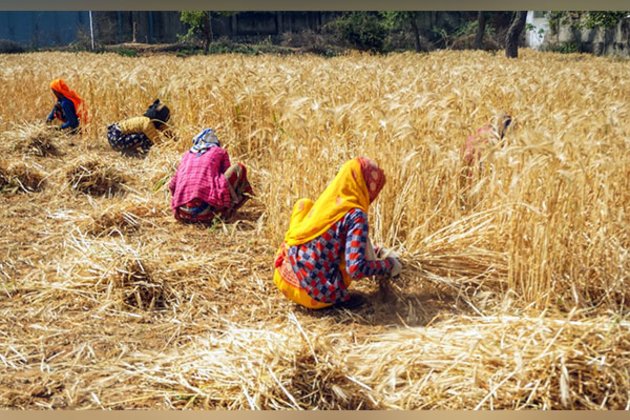 By Animesh DebNew Delhi [India], August 11 (ANI): Wholesale prices of wheat in the domestic mandis have managed to fall ...

Bangkok - Vast oil and gas profits continue flowing to, and propping up, Myanmar's military junta a year and a ...

US, India to hold military exercise near disputed Chinese border

WASHINGTON D.C.: The U.S. will participate in a joint military exercise in mid-October with India, less than 62 miles from ...

MOSCOW, Russia: A leading Russian scientist in the field of hypersonic flight, Dr. Alexander Shiplyuk, has been arrested on suspicion ...

Citing safety of children, LA to move homeless away from schools

LOS ANGELES, California: During a meeting that was disrupted by protesters this week, the Los Angeles City Council voted to ...

WASHINGTON D.C.: The U.S. Justice Department announced this week that former Puerto Rico governor Wanda Vazquez has been arrested in ...

OTTAWA, Ontario: Military trainers from Canada will head to the United Kingdom to teach Ukrainians new techniques for fighting the ...

The Shape of Water