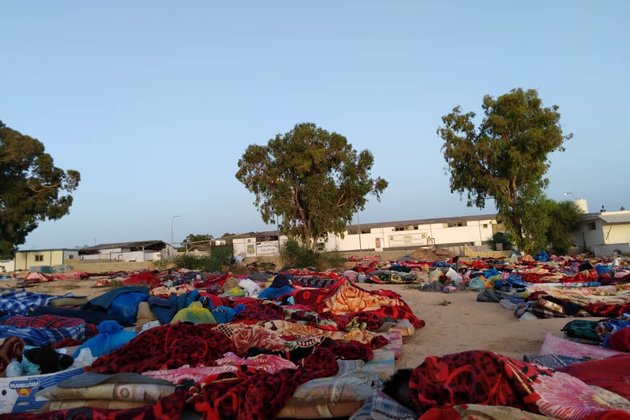 U.N. High Commissioner for Refugees Filippo Grandi and International Organization for Migration Director Antonio Vitorino issued a joint statement Thursday. They said if Libya cannot guarantee safety for the migrants, they need to be evacuated to other countries "where accelerated settlement is needed."

The two officials described Libya as a place where "suffering and risk of human rights abuses continue" for refugees. "A safe, managed process of release with proper information on available assistance is essential for all."

Grandi and Vitorino also said migrants picked up in the Mediterranean Sea must no longer be sent back to Libya, as it cannot be considered a safe port.

They pointed to last week's airstrike on a detention center near Tripoli, which killed more than 50, as one of the perils faced by refugees returned to Libya.

They called on European Union nations to resume search-and-rescue operations in the dangerous waters and said all member states should share this responsibility, along with halting penalties for charity-run rescue ships.

The two said more help was needed for the 800,000 migrants in Libya so that "living conditions are improved, human rights are better protected, and fewer people end up being driven into the hands of smugglers and human traffickers."